When the first Mavic Mini was introduced, it was clearly created with one purpose: make a drone with an adequate camera that weighs under 250 grams. That number is the key spec because anything under it still doesn’t require FAA registration.

The new DJI Mini 2 hits that same sub-250g target but with fewer compromises than the first Mini. Where the original was mostly targeting people. Who were thinking about making that first step into the drone world. The DJI Mini 2 aims to satisfy not only beginners but also experienced drone pilots, photographers, and videographers.

As someone who spends a lot of his free time traversing the city with a camera, taking photos. I usually end up carrying more gear than I really need. It can become a tough call deciding if it’s worth bringing my drone with me. When it is, I usually grab my DJI Mavic 2 Pro. It is still a very portable drone, but paired with two extra batteries and a controller. It becomes a little hard to carry for hours on end.

This is where the $450 DJI Mini 2 comes in. It’s light — in fact, it’s tiny. And though it obviously has a worse camera than DJI’s bigger drones, it’s still a very good camera. I underestimated the Mini 2 at first, but I soon discovered a ton of little improvements that make. This new $449 drone a perfect package for a content creator on the go. 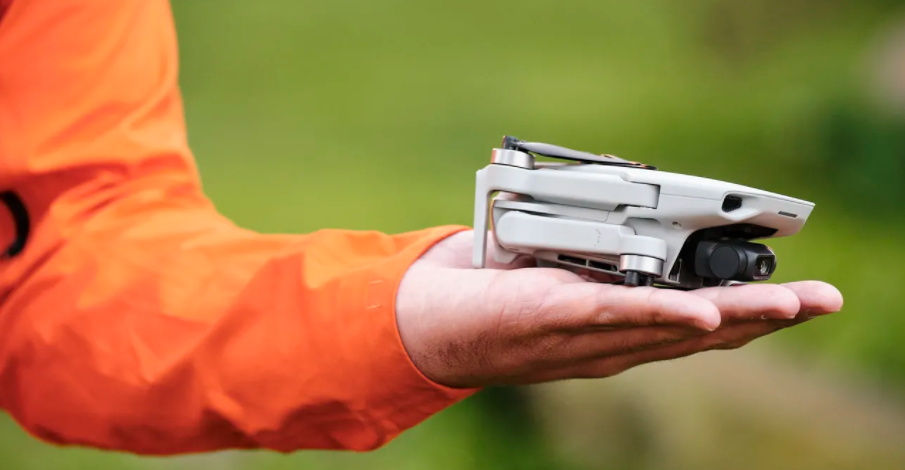 The DJI Mini 2 is the exact same size and weight as its predecessor so it won’t require registration with the FAA. And according to the newly updated drone laws. Sub-250g drones won’t be subjected to broadcasting the pilot’s and drone’s location.

The Mini 2 also comes with a new larger controller. The same controller that was introduced with the Mavic Air 2. The phone now sits on top of the controller and it’s way easier to use. Unlike before, you don’t have to be worried if you have a case on your phone, either.

Besides the improved camera, the most notable new addition on the DJI Mini 2 is Ocusync. It provides a solid and reliable link compared to the old Wi-Fi connection on the original Mini. Ocusync operates on radio frequencies and already proved its worth in other DJI drones. It’s low latency, can transmit 1080p or 720p video previews to your phone. And in ideal conditions can provide ridiculous range. It is single-handedly the biggest upgrade between the original Mavic Mini. And the Mini 2, and it makes flying this drone so much easier and enjoyable. 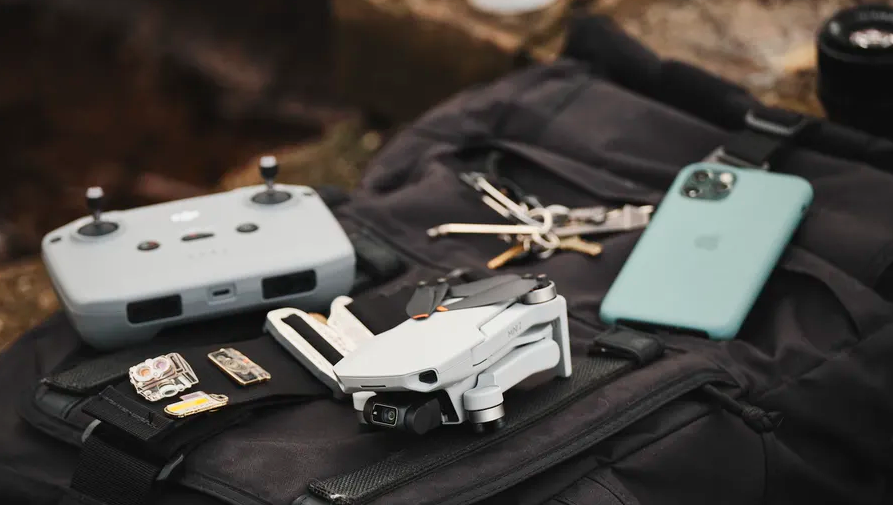 Another thing that makes it more enjoyable to fly are the stronger motors. It makes the drone able to sustain high winds on par with some of the more powerful DJI drones, like the Mavic 2 Pro and Zoom. At no point during my testing was I ever worried about losing control. Also, smaller drones are just way more fun to fly, and this one actually doesn’t sound too loud. Smaller drones tend to have a very high-pitched noise, but you don’t get that with the Mini 2 until you fly it in speedy sport mode.

What you won’t find on this drone are obstacle avoidance sensors, so you do need to be very careful about how you fly it. But despite not having any sensors, I actually felt more adventurous with the Mini — it is so small you can easily squeeze it through tighter spaces. I found myself trying things that I normally wouldn’t try with a heavier and more expensive drone. The downside of not having any sensors is that it also means you won’t find a lot of the automated, preprogrammed flight modes. The autonomous Active track mode isn’t here, nor can you create hyperlapses.

In order to fly the Mini 2, you’ll have to use DJI’s Fly app; it’s basically a stripped-down version of the DJI Fly 4 app intended for more advanced drones. It has all the essential features that you need — including gimbal calibration, which I’m only pointing out because I had to use it more than once. Without calibrating every few flights, the horizon would look slanted, which I found annoying.

Also, this is minor, but it’s something I really appreciated: the app doesn’t auto-pause your music or podcasts, so you can keep listening to your jams while flying. I don’t know why that isn’t the case on other apps, but it’s been bothering me for so long now and I’m glad DJI addressed it here. 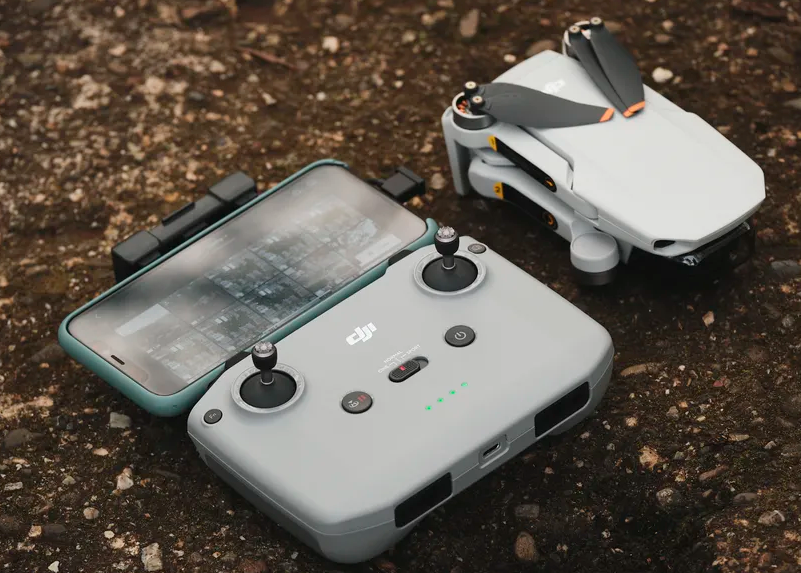 I’m also a big fan of the charging hub, which you can buy separately for an additional $39. It fits up to three batteries and charges them one by one, starting with the least-drained battery.

Usually when I bring my Mavic 2 Pro hiking or traveling, I rely on about three batteries per day of filming. And I try really hard to maximize all of those batteries by carefully planning my flights because chances are I won’t find a wall outlet to top them off, nor do I have the optional $80 car charger. The charging hub, which was available for the original Mavic Mini, also has a USB-C port. That means you can easily power it with an external battery pack in your backpack and have it charge your drone’s batteries as you move from one location to another. 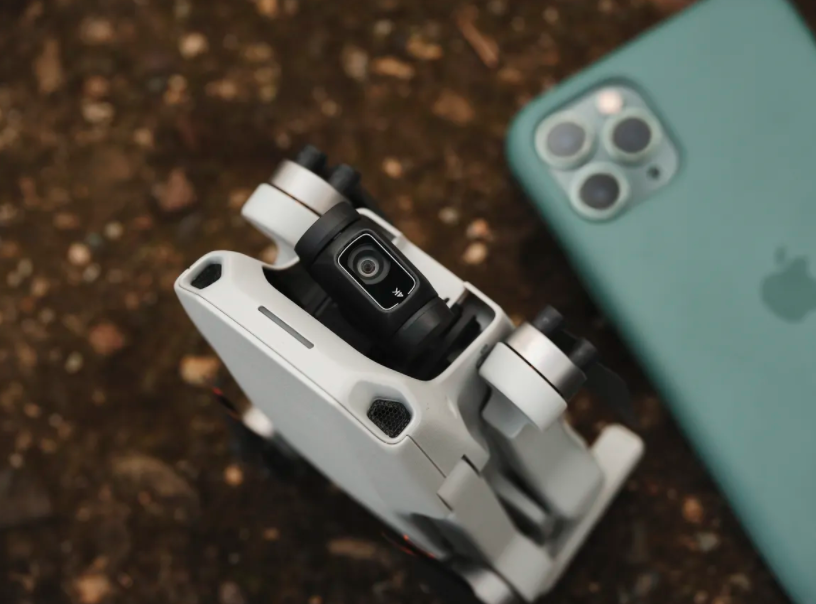 Photos On The DJI Mini 2

The camera still has the same, small 1/2.3-inch 12MP sensor as the original Mini, but it produces much nicer photos than before. JPGs that you get right off the drone are fantastic, and you can “enhance” them within the DJI app. It applies some subtle adjustments to the overall contrast of the image, lifts shadows, and adds a bit of life to overall colors. I appreciate how subtle and effective these adjustments are. 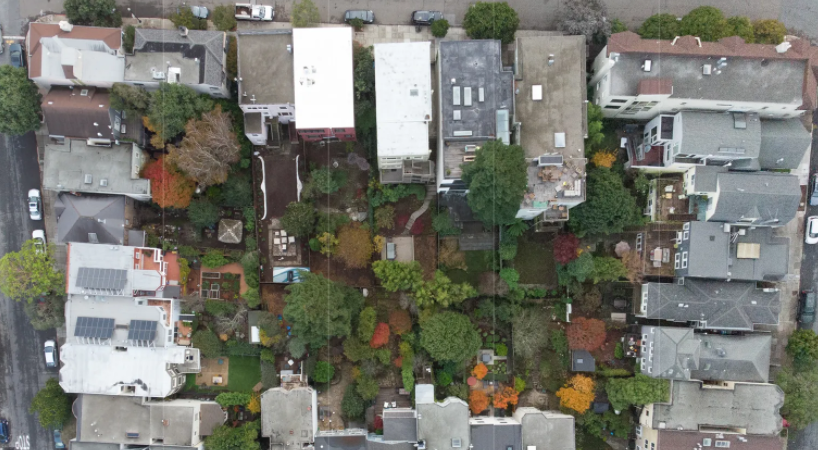 Photos look sharp and they hold a good level of detail and contrast up to 1600 ISO. Above that, things starts breaking down a bit. Images start looking muddy and lose definition and color. You’ll rarely shoot past that number anyway, and I think that everything up to 800 ISO actually looks very good. The noise handling has been getting better on all DJI drones and the Mini 2 is no exception.

Most drone pilots are looking to capture stunning landscapes or cityscapes with a clean, punchy, and vibrant look. And the downside of smaller sensors is that they make noise more pronounced. One extra benefit from more powerful motors is that the drone is more stable in the air, so you could allow yourself to slow down your shutter speed and lower the ISO for even better results. 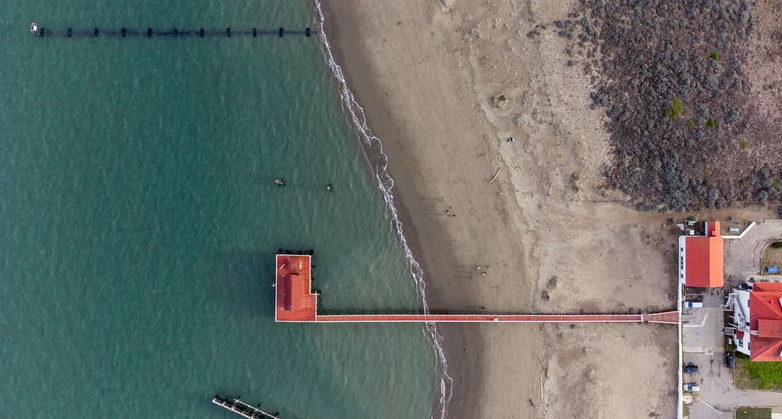 But in my past few weeks with the Mini 2, I rarely even bothered with doing a lot of post-processing of my RAWs. I am usually very happy with what I get directly from the drone and can apply minor edits myself if needed.

It’s also part of the reason why this is a perfect drone for almost everyone. Usually when I take out the Mavic 2 Pro, I worry about ND filters, polarizers, and I try to keep the aperture at that sharpest f/5,6 – f/8 range. But with the Mini 2, my approach changes entirely. It’s almost like going from a fully manual SLR to a point-and-shoot camera. I basically just leave everything on auto without being too precious about the technical side of things, trusting that everything I get will actually be quite good. It’s a nice change of pace to my overall approach that I wasn’t expecting when I started my review. 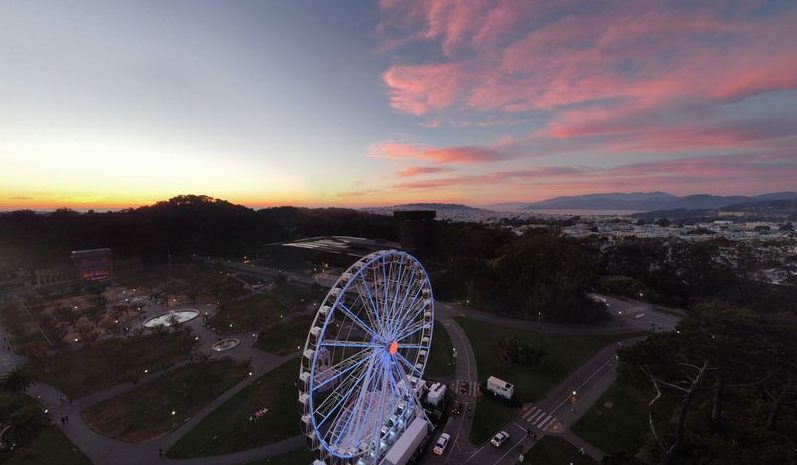 Video On The DJI Mini 2

Even though the sensor is unchanged, it is now capable of shooting 4K video at 100 Mbps bitrate up to 30fps compared to 2.7K at 60 Mbps that was on the original Mavic Mini.

The footage looks surprisingly good for a sensor of this size. Daylight footage looks crisp throughout and the color doesn’t look overly processed. There’s enough information there for you to do minor color edits in post production. If you really want to, but most people will be happy with videos straight out of the camera. Unfortunately, you won’t find a dedicated cinelike color profile. Which would have provided a little bit more control over the coloring process and extended the dynamic range. For someone like me who likes to manipulate color in the edit, this is a big downside.

These Are No Color Profiles, But Footage Straight From The Camera Is Solid 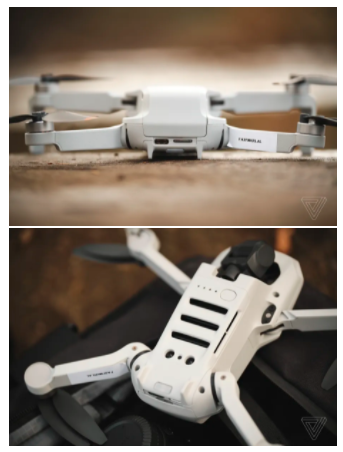 DJI does have a decent track record of bringing useful software updates to its products. The first Mavic Mini received a massive upgrade last year. Which enabled things like the cinelike profile and added the ability to take RAW photos in addition to JPG. I hope DJI keeps adding more features to this drone, too, but as always. You shouldn’t buy hardware today based on the hope of a software update in the future.

Similarly to what I said about photos, the smaller sensor really shows its limitations at higher ISO numbers. But I wouldn’t let that discourage you. The footage still looks good even at low light. The blacks and shadows hold up very well and the overall image still looks rich. There visible noise in the shadows, but my advice to lean into those shadows, make them darker and a lot of that noise will removed.

There is one more downside to this camera and that is the lack of support for ND filters. I’ve seen some third-party options online, but the camera designed for them. On rare occasions some video clips did look choppy due to very fast shutter speeds, but for the most part it has been surprisingly tolerable. The lack of ND filters speaks more to who DJI had in mind as a potential consumer. Most people don’t go through the hassle of learning about and using ND filters. But I wish it was an option for the few of us who do invest more time in the filming process.

Lastly, this drone also has a 2x zoom. DJI calls it lossless, but that’s a bit generous. It looks fine on smaller screens, but once you start editing your footage, you’ll immediately notice its drawbacks. Pixels become larger and footage loses its sharpness. It doesn’t look any different than cropping the original footage. It’s a nice little bonus feature which could work in a pinch, but I wouldn’t rely on it too much. 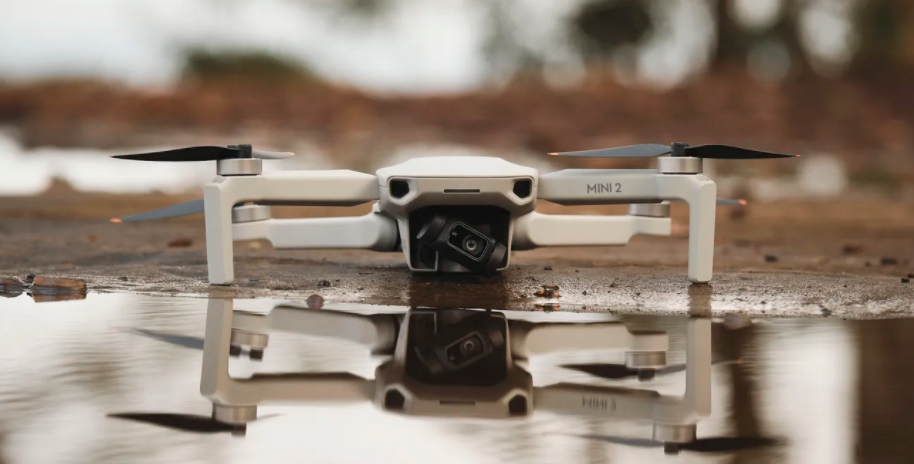 Mini 2 isn’t DJI’s flashiest drone. In fact, it is almost the opposite. It proved to me how many flagship drone features I actually don’t miss when gone. The Mini 2 is a culmination of some of the best things DJI can offer inside a minuscule package, starting with an always reliable and steady connection, more than adequate camera, and a great software experience. This drone strikes a near perfect balance between price, mobility, and image quality. Click Here.

But as a creator, image quality is really important to me. And as much as I praised the improvements here. You still have to be aware of the limitations of smaller sensors. When it comes to noise-to-pixel density ratio, low light performance, and dynamic range. Ninety percent of the time this drone great for what I needed it to do, but there were times I wished. I had a slightly better camera on me with higher megapixel count, a bigger sensor, or wider dynamic range.

All those image quality specs really do matter — but so does the DJI Mini 2’s size. It’s a drone that I never hesitate to toss in my camera bag. The old saying that the best camera the one you have with you just as true when that camera attached to a drone.

In 2022, DJI released its first travel-friendly and lightweight drone, the DJI Mavic Mini that

The DJI Mini 2 builds on the success of the previous Mavic Mini, providing a