TunnelBear was known to be founded in the year 2011 in Toronto, Canada. It has a no-logging policy meaning that it doesn’t have any data to pass over. Currently, it is known to have servers in 23 countries across the globe and has strong internet speed.

Also, it has a good reputation and is a user-friendly VPN. However, in case you switch it to a new location then the tiny bear tunnels to the desired screen but the best part is that TunnelBear makes everything less technical and is easy to use VPN.

Pros and Cons of TunnelBear

Know about a VPN

When the VPN is active then the web traffic travel via an encrypted tunnel to the servers which are managed by the VPN service. It helps in keeping the information safe from any data thieves and protects from ISPs that sell anonymous metadata on the web habits. If you have traffic on the web via a VPN server then the IP address appears on the server’s location, it helps to protect your real identity of yours on the web when browsing.

It is essential to know that TunneBear doesn’t offer any money-back guarantee. 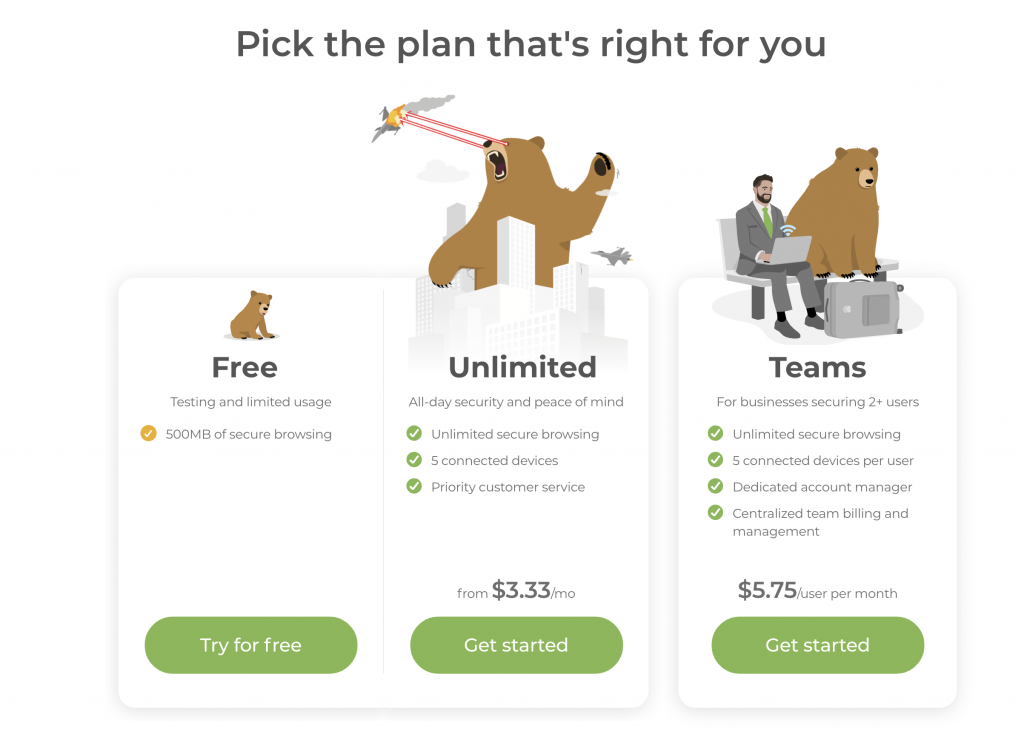 It VigilantBear allows to set up an internet kill switch which is a great feature. Also, there is a GhostBear setting which is beneficial in disguising the idea of using a VPN and you can even change from OpenVPN TCP to UDP connections. TunnelBear also supports torrenting in every location.

However, this VPN is not a good choice to get access to a geo-blocked plan even if you are getting a complete plan. But it is very transparent with its security as well as logging policies. Plus, it is audited annually with the help of Cure53.

It uses OpenVPN/IKEv2 on Windows, and OpenVPN on macOS as well as Android whereas IPSec/IKev2 on iOS.

This is a lightweight encrypted proxy that can be controlled from the browser windows. TunnelBear offers below-mentioned browser extensions:

The VPN doesn’t say that it has a zero-logging policy but its service policy clears that it collects the version of the operating system as well as the TunnelBear app. Also, it logs the number of the current sessions used every month plus the data usage of every month.

It doesn’t collect the IP address but it asks for an email address when you log in and can also collect your Twitter account for promotions. The payment options offered by them are Bitcoin, PayPal as well as credit cards.

Users can get email support as well as a self-help knowledge base. You can also get in touch with the support team through the contact page and the team will respond within a few hours.

TunnelBear is not that robust VPN but is a nice option for beginners with limited technical knowledge. It is clear about its security audits and has good features. However, there is an inability to get geo-blocked streaming services, as well as their support, is not that satisfactory. Overall, it is simple to use and a secure VPN.

Why HideMyAss is the Value For Money VPN Provider? Know Here